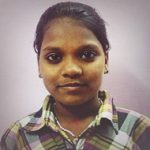 Growing up we tend to take many things for granted.  Waking up to a breakfast prepared by a parent, travelling to school by car and receiving a nutritious packed lunch are just a few aspects of our morning routine we might find commonplace. But for someone like Manisha, these things do not constitute her routine. Rather, they are luxuries she is unafforded.

Manisha lives in the Outram Lines slum in North Delhi. She is fourteen years old, and for the last few years now her morning duties have been the same. Manisha will wake up in the early morning to prepare food for her family and do the household chores (her mother will be at work). Once these are complete, she will wake her three younger siblings up, prepare their breakfast and get them ready for school. Only when she has done all this can she finally get ready for school herself.

In spite of her responsibilities, Manisha is determined to study hard and aspires to become a teacher herself. When she joined Shiksha Rath in 2010 she would head home during every break to tend to her baby brother Sudhir. Still, she was never distracted and always managed to work hard when she was in class. Her brother who she babysat is now in second standard: a student of Shiksha Rath Academy, he is one of the brightest kids in class.

Aside from demonstrating academic talent in class, Manisha is also a skilled artist. She is given special art classes and has produced paintings that have been exhibited by Shiksha Rath, with some of her sketches even making their way to the UK.

Manisha is an inspiration among her friends and younger siblings. Shiksha Rath continues to help in her studies and other ways that will help her become an independent person in the future.